Vidya narrates Hanumanji’s moving a mountain to get herbal medicine through Pavitra. Rocky receives a branch with medicinal leaves from the monkey. His parents inquire as to why he came to a halt during the holy rounds. Vidya wonders why Rocky seems to have changed after the holy water droplets hit him. Rocky and Rani have completed their seventh holy round. The priest instructs them to perform the seven holy rounds procedure since it was previously stopped. Rocky believes that since he committed to marrying Rani, he is obligated to do so. He wraps Rani’s nuptial chain around her neck. 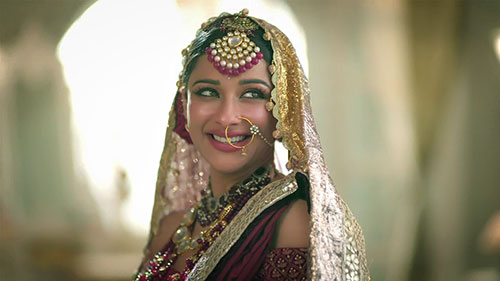 Enjoy the written update for the original scene of the welcome television broadcast Pishachini introduced on Monday, 26th September 2022. Pavitra is magically rescued is the moniker of the freshest episode number E35.

The episode begins with Rocky breaking free from Rani’s influence and realizing he is about to marry. Pavitra summons Rocky. She passes out and falls into the river. Rocky begins to get restless.

Vidya notes this and wonders why Rocky seems to have changed after the holy water droplets landed on him. Pavitra, on the other hand, is rescued by God’s mercy. Pavitra is dragged out of the well by a chain of monkeys. Rocky pauses doing the holy rounds at this point, realizing something is awry.

His parents inquired as to why he came to a halt. According to the priest, the wedding would not be completed until they completed the seventh holy circle. Rani requests that Rocky take the seventh round. Rocky notices a monkey.

He takes off the garland and gathbandhan. He flees the scene. Rani and his family pursue him. Rocky follows the monkey to the ancient house.

He is taken aback when he discovers Pavitra asleep at the well. He snatches Pavitra and leads her away. He attempts to rouse her. Rani and her family come.

Pavitra, according to Rocky, is not breathing. Rani hopes Pavitra is no longer alive. Rocky and his family just then saw the monkey that led them here. Rocky receives a branch with medicinal leaves from the monkey.

Vidya narrates Hanumanji’s moving a mountain to get miraculous herbal medication and claims that Hanumanji appears to assist Pavitra through the monkey. Rocky crushes the leaves. Some of the leaf juice falls across Pavitra’s lips. Rocky’s blood drips land on Pavitra’s forehead as he does so.

Pavitra becomes aware. Bubly wonders what Pavitra is doing here rather than being in London. Rocky questions Pavitra about what occurred. Pavitra inquires if he will believe her.

Sapna informs Pavitra that Sanchit and Vidya will accompany her to the airport. Pavitra advises Rocky to comprehend what she is about to do and to trust her if he feels that an unknown force is keeping them together. Sapna reminds Rocky that Pavitra attempted to murder Rani. Rocky clutches Rocky’s hand and walks away as the song Sanam Teri Kasam plays in the background.

Pavitra tears up as she stares at Rocky. Rocky and Rani make their way to the wedding mandap. Rocky is perplexed as to why he continues thinking about Pavitra, although he has yet to profess his feelings for her. The priest instructs them to perform the seven holy rounds procedure since it was previously stopped.

Rocky and Rani have completed seven heavenly rounds. Rocky believes that since he committed to marrying Rani, he is obligated to do so. He wraps Rani’s nuptial chain around her neck. Rocky requests that Rani removes her veil so that he may apply the vermillion to her hairline. She complies and takes off her cover. Rocky and everyone are taken aback to find Pavitra in place of Rani.