Let’s enjoy the written update for the freshly released scene of the intriguing TV serial Pishachini brought on Thursday, 11 August 2022 on Colors TV. Rani is enamoured by Rocky is the subtitle of the recent episode number E4. 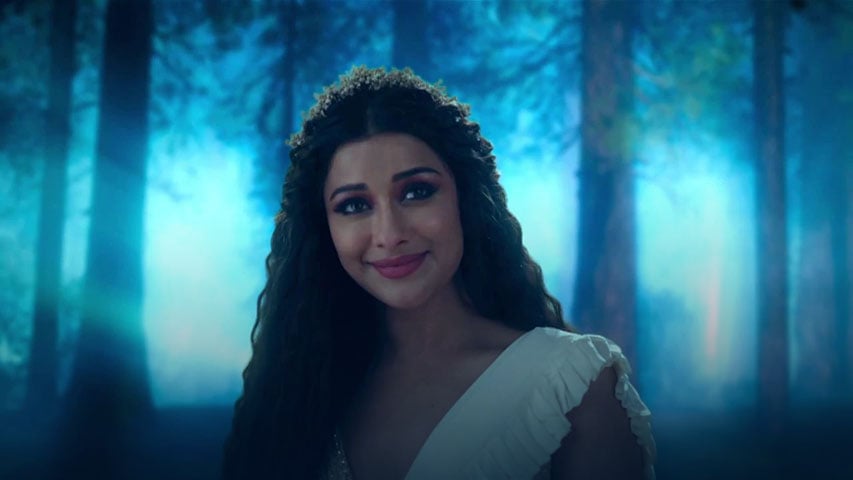 While Rocky meets Pavitra and attempts to impress her, Rani falls head over heals in love with Rocky. She also plans to vanquish Pavitra and captivate Rocky with her charms. Will Rani be able to carry out her nasty plans?

Rocky has the impression that he has been touched. He becomes terrified. It’s his sister calling. She claims you assumed it was Pishachini. Dadu claimed to have seen something, but Partik lied to us and is hiding something.

Rocky believes this indicates our Pishachini has arrived. We’ll track her down. “Shut up,” Sachin says. We’re heading home. They depart.

Rocky remains at home. He notices that someone is laughing. He takes a glance around. Pisachini is riding on his back. Rocky notices someone and pursues her.

He claims it’s her. He brushes up against her. Pavitra shows up. Rocky claims you. Pishachini conceals itself.

Pavitra asks whether you were waiting for someone else. She’s working on his video. What are you doing here, asks Pavitra? He claims I was glancing out the window. I thought you liked city life, she says.

He claims I adore both. I adore life. They are both elements of nature. both of us. According to Neeti, you think profoundly.

He says we can get together for supper. We can go today, she says. He thinks you’re more attractive than this area. Take a look through my eyes. Pavitra suggests that I depart.

Rocky’s siblings arrive. He walks away. They make fun of him. They depart. Pavitra adds, “I’m going to show this footage to Nikita right now.” Amrita shows Babi her jewels and sarees. This is all too much for Babi. Bhabhi wonders how we can take so much. Amrita claims that we are your family. .

Babi thinks it will look great on me. Babi enters the shop. Amrita tries to intervene. This dressing room, according to Babi, is fantastic. There are so many things.

She is terrified. She removes them. Rocky’s siblings make fun of him. He remarks, “See, she was flirting with me. ” I told you she’d fall in love with me.

Pavitra asks Nikita how he was flirting with me. Nikita claims that I will not abandon him. She notices the video. She claims that the only thing in front of the camera is a leaf. Don’t worry, adds Pavitra, I’ll locate more proof.

She promises to make him mine. Rocky claims that she will say yes to me at sangeet. Pavitra claims that I would expose him during the sangeet. Babu ji questions Pratik and Amrita on all he has stated. Is she not a part of their lives?

He claimed we had been apart for 20 years. Is Pishachini not present? He rests his hand on his brow. Pratik swears that she is not present. Babu Ji tells me that I must trust him.

You can’t tell me lies about my life. He makes his way downstairs. Amrita and Pratik are both terrified. Pavitra claims he’ll fall for my stunning appearance. Rocky notices her fumbling with her blouse.

She believes it is puja. She requests assistance. Rocky binds the knot for her. Pavitra recognizes him. She returns her gaze.

Everyone dances and rejoices. Pavitra does a dance around Rocky. He does a dance with her. She trips and falls. Rocky is holding her. Pishachini becomes enraged when he sees them. Rocky compares your eyes to the full moon’s brightness. Pishachini claims to be my goal.