Learn the written update for the another installment of the lovely TV drama Rajjo brought on Tuesday, 6th September 2022. Arjun Gets Caught is the subtitle of the all-new episode number S1 E14. 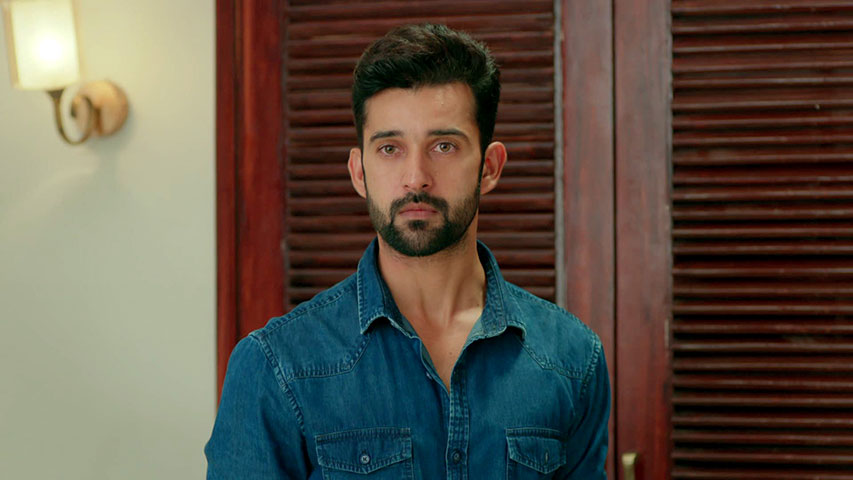 At the beginning of the episode, Arjun gives Rajjo some words of encouragement to keep looking for her mother. After that, he tells Rajjo that he won’t be able to accompany her to the store to purchase clothing for her since it’s in his neighbourhood and it would alert his mother if anybody saw him there. Therefore, he takes Rajjo to the clothing store and tells her to go shopping for some new clothes for herself. In exchange, she receives monetary compensation from him. Rajjo nods her head and walks away.

Arjun likes the social media postings that Urvashi does and follows her account. Rajjo is trying to grab Arjun’s attention from inside the store by whistling. She tries on a variety of garments in front of him to get his feedback. Arjun is perplexed as to the purpose of her displaying the garments to him. Despite this, he gives a thumbs up.

Raajo eventually gets back, has already purchased a new outfit, and informs Arjun that she has everything she needs. Arjun makes another trip to the store and purchases some more garments for Rajjo. The latter wonders why she purchased such a large quantity of clothing if she is going to spend the rest of her life with the former. Arjun loses her temper and muzzles herself. At that very moment, Arjun gets a call from Urvashi.

They gave it to him. It depends on who is speaking. Urvashi expresses her delight at the prospect of going on vacation with Arjun. She believes that there is a problem with the network since Arjun is not responding to her messages. Before ending the conversation, she blows him kisses on the phone.

Rajjo teases Arjun. She asks Arjun if he will accompany Urvashi to the jungle. Arjun nods, yeah. He uses any of the lights in his room while he is out. He hands her a torch light and instructs her in its usage.

In addition, he presents Rajjo with a mobile phone that is preloaded with music and a pair of headphones to use when she needs to break her monotony. He places an order to have meals delivered to Rajjo. Rajjo claims she can go hungry for a single day. Arjun has expressed his displeasure with the fact that she cannot eat. He tells her he will provide the delivery guy with instructions and then asks her to get the food from the balcony.

Rajjo gives Arjun her word that she could handle everything and wouldn’t make any noise. She encourages him to accompany Urvashi and lets him know she will wait for him when he returns. When she prays for Arjun’s well-being, it influences him. After leaving, he goes back to his room and locks it from the outside. Arjun tells Madhu that he has to go to a meeting for business, but this is a lie.

After receiving her blessings, he goes. Since Arjun came back from his trip to Nainital, Madhu has noticed that he has altered his behavior. Rajjo is the one who brings the bag of food in from the balcony. When Madhu sees a shadow, her instinct tells her to be wary. She leaves the home to have a peek outside before returning inside.

She believes that Arjun is concealing something from her. Madhu and the other members of the household go to Arjun’s bedroom. In the meantime, Arjun gets a call informing him that Manorama has been located. Inside the home, Madhu shatters the lock on the door and then unlocks it. Madhu and the rest of the family are taken aback when they find Arjun standing there.

A Facebook post reveals that once Arjun gets home and learns that his mother is about to break the lock to his room, he quickly and with much effort goes up onto the balcony and hides Rajjo there. Arjun’s family suspects that he has been lying to them about going to a business meeting to conceal the fact that he has been consuming internet meals while hiding in his room. Madhu is not convinced that the situation has changed. She orders Arjun to come clean about what happened. Rajjo has taken cover inside the closet and is pleading with God to save Arjun’s life.

Dadaji comes to Arjun’s rescue again. He claims that he instructed Arjun to place an order for meals through the internet. Kalindi inquires as to the reason why Arjun is required to consume food brought from the outside while within a chamber that has its door sealed from the outside. According to Dadaji, Arjun was planning on coming to them to take the meal, but, as they were busy, he urged Arjun to take the food to his room instead of coming to them. Arjun also lends his support to what Dadaji has said.

On the other hand, Kalindi becomes suspicious and starts looking around. After Arjun donates his kidney to Chirag, Madhu advises him to pay closer attention to his health and take better care of himself. Arjun apologises to Madhu. The latter claims that she would learn how to prepare his preferred dish via web research. Arjun embraces Madhu.

While the rest of the family is talking to Arjun, Kalindi moves closer to the cabinet to open it.

Precap: Madhu searches Arjun’s house in an attempt to discover what the latter is trying to conceal. Inside the closet is where you may find Rajjo hiding. Madhu is curious about who the girl is after discovering some of her hair on the bed. When Rajjo notices that Madhu is ready to open the cabinet, he is taken aback.