Let us explore the written update for the just-out section of the breathtaking show Rajjo presented on Wednesday, 7th September 2022. Rajjo to Find Manorama? is the moniker of the current episode number S1 E15. 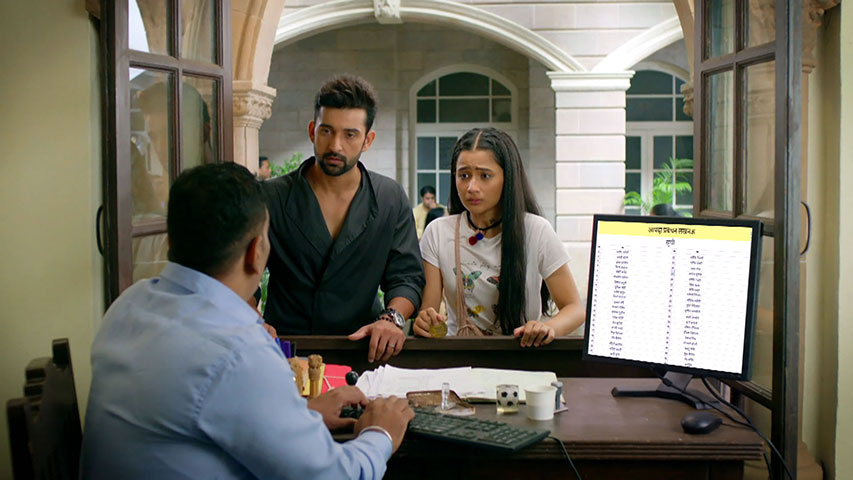 At the beginning of the episode, Dadaji orders everyone to leave the room after he prevents Kalindi from opening the closet in which Rajjo is hiding and asks each of them to do the same. Madhu suspects that Arjun is trying to conceal something from her. Arjun calls out to Rajjo to come out of the closet after the rest of the family has left the room. Rajjo obliges.

Because of Rajjo, it forced Arjun to lie to his mother. Rajjo feels bad about this. She conveys the same sentiment to Arjun and offers her apologies. The latter states he has information on her mother.

Rajjo inquires as to whether or not it is good or bad news. Arjun has said that she is unsure about the matter. After hearing the rumor, Rajjo immediately weeps out of fear. Arjun begs Rajjo not to presume.

Rajjo dries her eyes with a tissue. She pulls out the medal that her mother won and says that she is going to sleep with it hugged to her chest. Arjun wants to know whether his mother took home any medals. Rajjo claims she is unsure of when she was victorious.

Arjun examines the medal and reports that it is a gold medal at the state level and that her mother got it by winning a running contest. Now, he comprehends the process that allows Rajjo to sprint so quickly. It was something that she had gotten from her mother. Rajjo replies she was completely unaware of this information and expresses her gratitude to Arjun for sharing it with her.

She claims that her mother detested her running and even disciplined her for it on over one occasion. She claims that my preoccupation with running differs from her own and that she was born to run. Arjun wants to know whether her mother has ever mentioned this to her before. Rajjo says no.

She claims she received the medal on the evening of the flood, but that they were subsequently split up after that. Rajjo reveals she would sob while first hugging her and then inquiring about the next time they would be able to meet. In this scene, Arjun claims that he is forced to conceal Rajjo from his family because he has a purpose for doing so, and in the same manner, her mother might also have a motive for concealing that information from her. He maintains that the truth, at times, may be quite unpleasant.

He encourages her to challenge her husband with rights rather than questions. The singing of Rajjo begins. Arjun inquires as to her reason for singing. She is attempting to cure their grief, and Rajjo believes that music has the power to do so.

Arjun implores Rajjo to hush her singing so that no one else will hear her. He claims Rajjo did not eat enough, so in the middle of the night, when the rest of the family is asleep, he would go obtain food for her. Rajjo is under the impression that Arjun is anxious. She decides to sing Arjun a lullaby before bedtime.

Urvashi is now waiting for Arjun at another location. After everyone in the house has gone to bed, we see Arjun putting food on a platter to serve. Madhu captures Arjun. The latter is because he isn’t satisfied after consuming meals from a different establishment.

After rewarming the meal in a microwave oven, Madhu hands it to Arjun for consumption. Arjun hugs Madhu and tells her, “I love you, mum. ” He is leaving. Because Madhu believes that Arjun did not look into her eyes, she has concluded that he is telling a lie.

She is curious as to what he may be concealing in his chamber. Arjun and Rajjo split the meal between them. Rajjo claims that sharing a meal enables them to feel more affection for one another. She recommends that he get some healthy food in him so that he can control his rage better.

Arjun becomes enraged and reprimands Rajjo for his behavior. Rajjo teases Arjun. Arjun experiences hiccups. Rajjo can put an end to his hiccups by standing up.

Because Urvashi is the reason Arjun can’t go on the forest excursion, Rajjo wants to construct a beautiful hanging portion for her. Arjun can’t go on the trip because of Urvashi. Arjun realizes that he has forgotten about their upcoming vacation. Despite his best efforts, he is unable to get through to Urvashi over the phone owing to technical difficulties with the network.

He begins to get hiccups once again. In another part of the story, Urvashi daydreams about sensually dancing with Arjun. After she concludes that it’s only her imagination, she becomes furious at Arjun. At this point, Rajjo gives Arjun the recommendation to leave a message for Urvashi’s mother.

Arjun behaves in the same manner. Because Arjun’s hiccups won’t go away, he turns to Rajjo for assistance. Once again, Rajjo is standing on his own two feet. Rajjo and Arjun make eye contact with one another.

Arjun assures Rajjo that he is doing well at this time and tells him to get some rest. The next day, they would go out to find her mother. Rajjo had been looking forward to seeing her mom. In the meantime, Madhu decides to investigate Arjun’s chamber to discover the secret he is keeping from her.

They find out that Manorama is being held in the rescue center when Rajjo and Arjun pay a visit there first thing in the morning. They get the room number where she is staying at the hotel. The news has brought Rajjo indescribable delight. She is late for her house and is running.

The medal that her mother was wearing slipped off. Arjun picks it up. In the meantime, a woman gives Manorama the advice that, rather than waiting for her, she should go and look for her daughter. Rajjo arrives in the room where her mother is now residing.