Check out the written update for the brand-new chapter of the engaging TV series Rajjo reported on Tuesday, 30 August 2022 on StarPlus. Rajjo Stuns Arjun is the moniker of the cool episode number S1 E8. 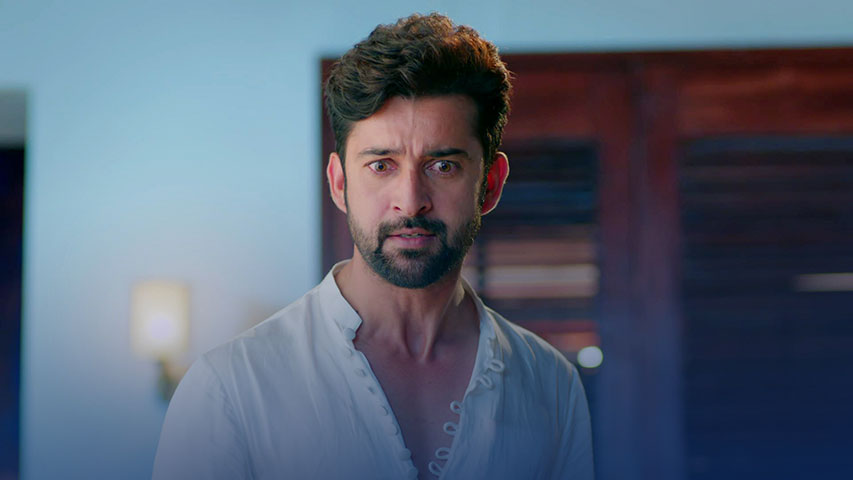 When Arjun discovers Rajjo hiding in his bedroom, he is shocked. Arjun tries to convince Rajjo to remain the night but she chooses to leave by leaping over the balcony.

In the opening scene of the episode, Arjun hangs up the phone with Urvashi after being startled to find Rajjo inside the bag in the opening scene. Rajjo is questioned by him as to why she is there. Rajjo makes an attempt to exit the bag. She trips and knocks Arjun to the ground.

On the bed, they both land. For some time, they lock eyes. They had a change of heart and stood up. Rajko receives a reprimand from Arjun, who also orders her to leave his bed.

Rajjo agrees. Arjun queries if he brought her and inquires as to how she ended up in his bag. Raajo claims he took her in his vehicle but denies doing so. Arjun is asked to sit first by Rajjo.

He agrees. Rajjo tells Arjun the story of how she arrived in Lucknow while riding in a vehicle and ended up in his apartment while attempting to flee from a Rottweiler. Arjun is astounded that he missed everything. Rajjo claims she saw her fiancé romancing him while he was partially clothed.

She claims to have been in the room and made many attempts to exit. A guy with a thick beard spotted her as she walked downstairs. She then returned upstairs, but her boyfriend arrived behind her and kissed him. She claims that since she had her eyes closed, she couldn’t see them kissing.

She does that to fall asleep. Rajjo gets reprimanded by Arjun for breaching his personal space. He claims that his mother is correct to equate Rajjo and other employees with leeches that feed off of their owners’ blood. Rajjo asserts that her mother is correct in that wealthy individuals often criticise their employees despite their efforts.

She asserts that not all employees are parasites. She claims she felt powerless and needed to travel to Lucknow. She even requested his assistance, but he reprimanded her, so she was afraid to tell her for fear of being sent back. Rajjo claims that her mother is the only person she has.

Instead of sucking his blood, she came to locate his mother. He accepted her apology if she made any mistakes. She gives her back. The woman leaps off the balcony.

Rajjo is called out as Arjun clutches her duppata. Arjun is told by Rajjo to release her hand. She claims she was walking down the stairs and was not attempting to hang herself. She is asked to enter by Arjun.

Rajjo declines, claiming that he was being disgusting in comparing her to a leech that sucked his blood and that she was not a leech. Arjun won’t release Rajjo’s hand. Rajjo is raised by him and brought into the space. When he has an issue with her, Rajjo questions why he is stopping her.

She shouldn’t go out alone at night, according to Arjun. Arjun will get his medication from Madhu in his bedroom. Rajjo’s conversations annoy Arjun, who tells her to be quiet. Rajjo worries about her mother’s security.

She asks Arjun to assist her in locating her mother. Arjun concurs and promises they will locate her in the morning. Rajjo is ecstatic and compliments Arjun. The latter is honoured.

Rajjo agrees to spend the night in Arjun’s room, but he requests that she not disturb him. Informing Madhu that Arjun took his medication after supper, Chirag stops her as she approaches Arjun’s room. He continues by saying that Madhu is going to depart since she won’t trust him. Madhu claims that she once trusted him but that these are the results of his deeds.

They claim that neither of them can stand the other. She declares that Arjun must pay for his alcoholism and shows her disgust for it. She claims that Arjun, who was with Chirag, was of little concern to Chirag. He caused the collision while driving while inebriated.

To save him, Arjun had to donate his kidney. Arjun, according to her, travelled to India for his birthday. She claims that her son’s life would have been destroyed if she hadn’t arrived. Chirag receives criticism from Madhu for continuing to drink.

She moves on. Chirag indulges in booze while making excuses for Arjun. Rajjo tells Arjun that when she hung on the wall like a witch, neither his family nor he could see her anymore. She exemplifies it.

Arjun begs Rajjo to revert to being a human. Arjun now realises that Rajjo is the source of the strange odour. Her bath is requested by him. Rajjo dries off her duppata on the chair before using the restroom.

Rajjo is astounded by the contemporary restroom. Arjun, in the meantime, tosses Rajjo’s duppata off the balcony into the trash. When Rajjo cries from the restroom, Arjun is startled.