Saavi tells Brijesh and Nutan that she would not have consented to the sale of the property. Vedika hands Sonam a chequebook and asks her to use it to shop for a husband. Ragav is asked by Nityam to learn everything about Radhe Shyam. Himesh informs Dimpy that Radhe Shyam is Sonam’s lover. Nutan compliments Saavi for maintaining her composure in front of Vedika. Dimpy believes Saavi is aware of Shivam and Sonam, which is incorrect. Ratna tells Sonam to destroy Shivam’s catering company. 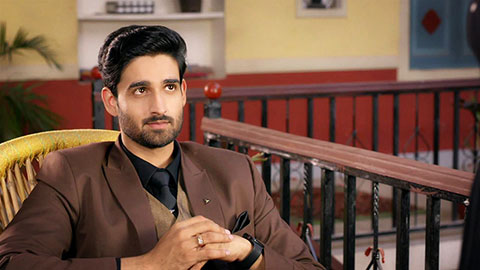 Explore the written update for the most recent chapter of the moving television broadcast Saavi Ki Savaari released on Monday, 19th September 2022. Dimpy gathers evidence against Sonam is the moniker of the brand-new episode number E25.

The episode starts with Saavi informing Brijesh and Nutan that she would not have consented to the sale of the property. She promises to make arrangements for money and then departs. Brijesh informs Nutan that Saavi is anxious, but it’s not because of money. On the other hand, Ragav informs Nityam that he has invited his business partners to the wedding.

Nityam asks him to learn everything about Radhe Shyam. Himesh hears them talking to each other. Saavi first encounters Smita, a member of the faculty. She consents to picking up and dropping off the pupils.

Vedika urges Nutan not to stress about wedding expenditures. Nutan informs her that she cannot accept all of these presents. She is only assisting her younger sister, Vedika explains. She claims that Nityam delayed the wedding so that Nutan could manage everything by herself over these two days.

She hands Sonam a chequebook. She requests that she use it to shop for a husband. The acceptance of the chequebook by Sonam astounds Nutan. When Saavi arrives, she accepts Vedika’s blessings.

The presents are noted by her. She informs Vedika that they cannot take such presents. They can afford the cost of getting married, she claims. She informs her that everything has already been saved for Sonam’s wedding.

She gives Vedika the chequebook back. Vedika’s blessings, according to her, are sufficient for them. Vedika tells Nutan that Saavi would be very fortunate in finding a husband. Sonam and Ananya are told to get ready for dance practise by the woman.

She claims that Dimpy has already secured a choreographer. After a while, Nutan compliments Saavi for maintaining her composure in front of Vedika. Himesh informs Dimpy that Radhe Shyam is Sonam’s lover. Nityam, he claims, is already aware of Radhe Shyam.

Dimpy queries Sonam about what transpired. Sonam informs her that she has housework to do. Asking her to go, Dimpy. She promises to provide Ananya and Sonam with a tape so they may rehearse at a later time.

She implores her to let all her worries go. After saying “thank you” to her, Sonam departs. Dimpy is compelled to meet Sonam’s lover. Shivam enters Saavi’s car.

He asks her to drop him off at the coffee shop. She leaves him in the café. Dimpy observes the pair. She believes Saavi is aware of Shivam and Sonam, which is incorrect.

Shivam hugs Sonam. Her forehead receives a kiss from him. Dimpy keeps meticulous records. Shivam requests a ride to Sonam’s home from Sonam.

She promises to take him tomorrow, she says. Later, Dimpy informs Vedika that she has sent out invitations to everyone for Nityam’s wedding. He asks Dimpy questions about why Vedika was not shown the footage. She promises him that she will show this film in front of everyone on the wedding day.