Yohan is present during Veera Nanda’s celebration, during which she is overheard discussing the manner in which she was responsible for his mother’s death with her skeletal remains. When he finds out that she intends to murder both of them, he immediately feels weak in the knees. Will he approach her directly? 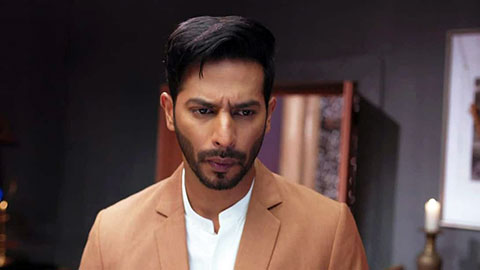 Get to know the written update for the most recently released chapter of the fascinating TV series Spy Bahu delivered on Wednesday, 14th September 2022. Yohan witnesses Veera’s madness is the label of the newly published episode number E131.

At the beginning of the episode, everyone is cleaning up after the hawan, and Sejal is wondering whether Veera will investigate the skeleton. She had high expectations of being able to catch her in the act. Veera explains to Arun that she has some work to do, and then she leaves the room. Sejal is following behind her. Veera gives Yohan a call and informs him that she will soon be launching a new computer lab for the children.

They exit the room at this point. Sejal has a recollection of it being the location of the skeleton’s former home. She searches the cabinets, but she comes up empty-handed. Veera expresses her gratitude to Sejal for proposing that they do the puja, and she tells Sejal that she is now in a very good mood before recommending that they return home. As a result of the failure of her strategy, Sejal feels dejected.

Sejal sees an idol of the goddess Durga as she is entering Nanda Mansion, and she prays to the goddess to guide her the way. Yohan confesses to Sejal that he does not believe in God but that he had the impression that God was looking out for him today. He expresses his best wishes for Sejal and expresses confidence that their child will have a full and healthy life. When Sejal hears this, she informs him that she will light the diya and then come inside. She is going to the temple to worship the Goddess.

In order for Sejal to reveal Veera’s plan to everyone, she requests that the Goddess provide her with a hint. Chunri dons the idol and takes off flying. When Sejal goes to get it, she discovers the entrance to the cellar. When she gets inside, she discovers the skeleton that has been buried there, and she is startled. When Sejal returns to the Nanda Mansion, she discovers Veera decorating the image of Aarti with a garland while Arun and Yohan stand by her side.

Veera is insulted by Sejal, who also makes a passing reference to the bones of Aarti lying in the basement. Veera is astonished. Veera yells inside the room to Ahana and informs her that Sejal has discovered the location of the skeleton. She describes how she first believed that Sejal would never seek it inside the home and how she was wrong. Sejal informs Harsh about the discovery of the skeleton, and Sejal says that she intends to show it to Yohan when Veera brings it up from the basement.

Ahana is informed by Veera that throughout the night they would rearrange the skeleton’s location and then engage in combat with Sejal. Arbaaz was constantly phoning Ahana. After asking her to hear it, Veera broadcasts it over the loudspeaker. Arbaaz warns her that he would reveal the truth about her if she did not deliver twenty lakhs of rupees to him the following day and also do niqaah with him. Ahana behaves as if she will do what he asks, and she claims that she will.

After some time has passed, Veera instructs Ahana to complete Arbaaz the next day. When Sejal checks the position of Veera’s transmitter on her phone, she concludes that Veera has already emerged from the cellar. Veera lures the skeleton into her vehicle and then explains that she is out of her favourite dessert but may offer it chocolate instead. Ahana cautions her to cease chatting with the skeleton and go back to working on their mission immediately, or else they risk being discovered. Veera describes how she was the one who ended Aarti’s life, and the skeleton serves as a trophy for her accomplishments.

They exit the establishment. After the episode, Yohan is seen hearing and viewing all that Veera had spoken, and he is stunned to learn that Veera was the one who murdered his mother, Aarti.