The episode begins with Sejal asking Veera how she could imagine that with Bappa in the home, anything bad would happen. Arun accuses her of murdering Aarti and hurting his family. Krish is told not to trust them by Veera. Krish feels bad and is ready to leave when Sejal informs him that he has done nothing wrong. Arun embraces Yohan, Drishti, and Krish. Mahira joins them and pretends to be a victim. The cops advise her not to put pressure on the victim. 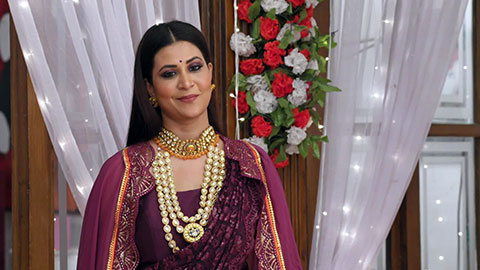 Let’s experience the written update for the recent sequence of the consuming television broadcast Spy Bahu released on Friday, 23rd September 2022. Yohan is accused with rape by a fake Mahira is the name of the freshest episode number E138.

The episode begins with Sejal asking Veera how she could imagine that anything terrible would happen with Bappa in the home. Arun accuses her of murdering Aarti and hurting his family. Krish is told not to trust them by Veera. He claims he overheard all her admissions because he had forgotten his money and returned from halfway. He expresses his dislike towards her.

Veera bursts out laughing and pulls a revolver from the drawer. Yohan instructs her to shoot him. Veera is taken aback when she discovers the pistol is empty. Yohan demonstrates that he has ammunition with him. Arun teaches Yohan to have her arrested.

Veera bursts up laughing and claims they don’t have any evidence. Shalini takes her pallu off her face and declares that she will make a statement. Veera is astonished to find her alive, but Krish joyfully embraces her. Shalini describes how Veera har shot her, but Sejal and Yohan intervened in time to rescue her. Drishti claims Veera attempted to murder her as well.

Sk sir arrives with the police and congratulates Sejal for fulfilling her task as Paro and apprehending the most wanted terrorist. Yohan explains that Sejal had never lost her memory. Veera chuckles and says the game isn’t finished yet. She gets arrested and transported to prison. When Sejal inquires about Ahana, Harsh responds that her whereabouts are unknown.

Yohan mulls about whether he should tell anybody about last night. Arun apologizes to Drishti for his inappropriate behavior. Krish feels terrible and is ready to leave when Sejal informs him that he has done nothing wrong and that it is also his family’s fault. Arun embraces Yohan, Drishti, and Krish. Yohan believes he should inform Sejal about what Ahana did the night before.

Yohan is hesitant to tell Sejal what happened. He claims he was with Mahira the night before. Sejal queries him about why he didn’t inform the police. He is unable to tell the whole scenario. Yohan Nanda has an arrest warrant, according to the police.

Mahira, according to them, has accused him of rape. Mahira joins them and pretends to be a victim. Sejal says she knows Yohan would never do anything like this. Yohan is perplexed since he has no recollection of what occurred after he fell asleep. Yohan informs Sejal that Mahira mixed something in his spirit, causing him to go unconscious.

SK sir arrives and tells the police officer that Mahira is a terrorist; nonetheless, the police officer states that Yohan must be detained until proven innocent. Sejal charges Ahana, but the cops advise her not to put any pressure on the victim. Sejal instructs Arun to look after everyone at home, and she will accompany SK sir to the police station. Sejal queries a police inspector at the station about Ahana misrepresenting her identity. He informs them that she has already told them everything. The episode concludes with Sejal believing that only medical reports can help rescue Yohan, while Yohan is depicted as powerless in jail.