Enjoy the written update for the sweet section of the thrilling TV show Woh To Hai Albela aired on Monday, 29 August 2022 on Star Bharat. Sayuri Thanks Krishna is the moniker of the newly published episode number S1 E125. 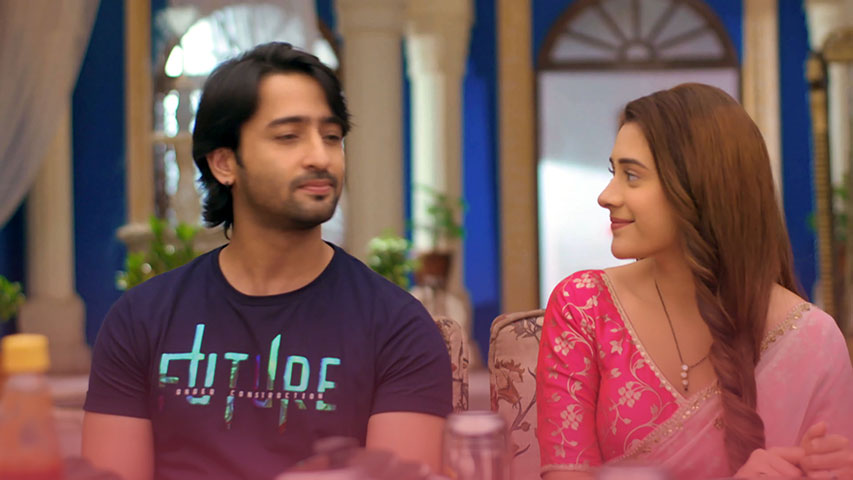 Sayuri thanks Krishna for letting her and her family join him for breakfast. Sayuri protects Saroj from a fire that got caught in her garment during the festivities.

Sayuri is startled when her family walks in at the beginning of the episode. Kanha admonishes them. When Sayuri tries to go, Nani stops her. Kanha explains that they should put their differences aside and be content as a couple.

He claims he would like to eat and enjoy himself with them. They receive Kusum’s support and an invitation to breakfast. Kanha tells them to move on and perform self-service since Sayuri is about to serve them. They also have breakfast at a table.

Sayuri expresses her gratitude to Kanha for going above and beyond for her. He teases her while holding her hand. Rashmi is shown a heart that Nakul has created. Rashmi withdraws.

Without recognising them, Saroj looks at Indrani and Nani while they are laughing and eating. Sayuri is cared for by Kanha. Dhanraj questions Dadaji about his anger. He claims that Balwant came to mind as a result.

Both Dhanraj and Nani reflect on the past and their memories of Balwant. Everyone remembers their formative years, with Rashmi and Nakul the exceptions. Indrani and Nani wanted to go as they needed to prepare for Janmashtami the following day. It is, according to Kanha, his favourite celebration.

According to Kanha, they will celebrate Janmashtami together with both families, and she wants to make it spectacular. For Saroj, he addresses the same. Saroj plans to do something tomorrow and asks God for his blessings. Kanha and Sayuri start dating.

Speaking in front of Balwant’s picture, Indrani and Nani express their joy at having reconnected with him after a long separation. Rashmi is getting ready for Janmashtami with Sayuri and Kanha, as seen by Saroj. Dhanraj commends Rashmi for being aware of everything, but Sayuri counters that Rashmi was more knowledgeable than she was and had consistently been with her during the entire project. According to Saroj, Rashmi always wishes to remain close to her sister.

She is making plans. Kanha claims that Dhanraj attempted to contact their investors but was unable to. Dadaji and Dhanraj are in a panic but offer an explanation. They asked him to take part in the festivities and put his work on hold for the time being.

Kanha refuses to debate. Everyone does Janmashtami puja the following day. When Saroj’s saree catches fire, they all perform their aarti. Sayuri puts it off but thinks back to a time when Saroj spanked her for doing similarly.

But this time, she gives her thanks. When Rashmi and Nakul meet, she forces him to wear a feather so that he can appear to be Kanha. She is also covered by Nakul, who introduces her as his Radha. Rashmi flees after Kanha makes fun of them.

Kanha uplifts Nakul. Rashmi becomes annoyed when Sayuri continually doubts her love for Nakul and inquires about whether she actually does.

Precap: Sayuri will assert that despite how much information she had about Saroj, she would never readily accept their relationship. While Saroj plans anything, everyone will dance merrily. Saroj and Rashmi will bump while dancing.