Kalindi manages to evade Rudraksh and his squad as they corner her and attempt to coerce her into confessing the truth. Armaan begins to have doubts about Pihu and Preesha as they continue their quest for her. 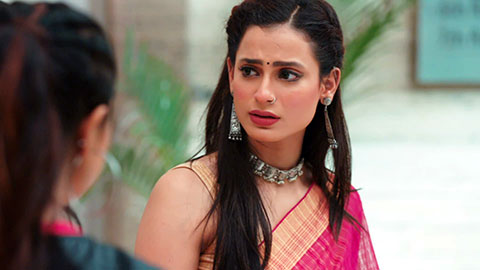 The episode starts with Rudraksh inquiring as to why Kalindi is framing Raj. Kalindi assures him that she is not deceiving him. He asks her who advised her to accuse Raj in this manner. Preesha requests that Kalindi confess the truth. Digvijay, on the other hand, questions Armaan about what transpired.

Armaan expresses his concern for Preesha and Pihu. He claims that something is not correct. Digvijay instructs him to contact Preesha. Rudraksh requests that Kalindi confess the truth. Kalindi promises to tell him the truth.

She pulls them away and flees. Pihu and Vanshika are pursuing her. Preesha collapses. Rudraksh assists her in getting up. They have eye contact.

She is perplexed as to what is going on with her. She believes his touch is pleasant, and she is not afraid. She answers Armaan’s phone call. She tells him she is in the mall with Pihu. She assures him they are having a great time and then hangs up the phone.

Armaan is certain that something is fishy. Pihu informs Rudraksh that Kalindi has fled. They take the elevator. Vanshika claims she has an appointment with a client and then departs. Rudraksh discovers Kalindi’s chamber is on the tenth floor.

Pihu claims that there are several rooms. They choose to wait in the lobby. They hide when they spot a police officer. Rudraksh informs Pihu and Preesha that a police officer has arrived to guard Kalindi. He informs them that they must book Kalindi’s adjacent room.

He instructs Pihu to turn off Preesha’s phone so that Armaan can track her whereabouts. Preesha promises to pay for her accommodation. Pihu receives a signal from Rudraksh. Pihu turned Preesha’s phone off. Armaan is looking through a file.

He discovers that Preesha is staying at the Orchid hotel. He realises Pihu lied. Rudraksh informs Preesha and Pihu that he must enter Kalindi’s chamber via a window. Preesha warns him that this is dangerous. He inquires whether she loves him.

She claims she said it for the sake of humanity. He assures her that he is capable of handling himself. He begins walking. Preesha instructs him to go gently. He makes a mistake.