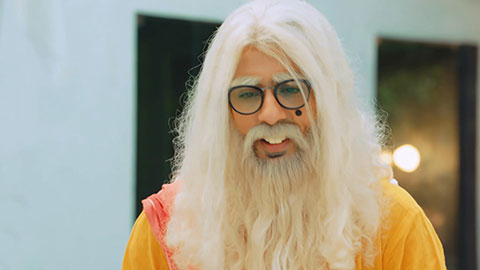 At the beginning of the episode, Raj is looking for guitar notes when he comes across love letters that Rudraksh sent to Preesha. Pihu storms into the room without knocking. He asks her what she is doing there. She lets him know that she wants to speak with him.

She claims that she was honest about her feelings for Vidyut. She investigates further by reading the love notes that have been left behind. He informs her that this demonstrates Rudraksh and Preesha’s affection for one another. According to him, Armaan is the one who interfered with Rudraksh and Preesha’s relationship.

He claims that Armaan was responsible for destroying their blissful lives. He also mentions that Armaan was the one who caused him to lose his voice to exact revenge on Rudraksh. He asks her how she can anticipate that he will speak to her. He advises her to get out of there quickly before anybody else notices her being there.

The individual exits the room. Because she believes that these letters demonstrate that Rudraksh loves Preesha, she must discover the facts. Preesha, Kanchan, and the rest of Rudraksh’s group arrive at the resort during this time. They consume various munchies.

Ruhi has suggested that they start playing right away. Preesha asks Kanchan to join them, but the latter refuses. They went to the nearby basketball court. Ruhi means that Prem also participates in the game.

Preesha informs her that Prem and Prema are unable to run at their ages. Prem cautions her against having too low of an opinion of him. According to Ruhi, Prem and Preesha are members of the same squad. She maintains that the other people are on her team.

They started playing basketball games (the Golmaal song plays in the background ). Because of Prem, the pallu that Preesha wears is altered somewhat. He expresses his regret to her. She reassures him that this is not an issue.

Kanchan receives a phone call from Digvijay, and in it, he inquires about whether things are going well there. Kanchan explains to him that the resort is lovely and that they are having a great time there. He asks her to watch out for Preesha as he is away. Preesha advances with the ball towards the direction of the hoop.

Because Prem believes that Preesha is unable to put the ball into the basket successfully, he feels obligated to take action. He helps her get to a position where she can shoot the ball into the hoop by lifting her. Everyone, particularly Kanchan, is taken aback when they witness that. Kanchan, according to Prema, will realize that Prem is not an elderly guy, as Prema believes.

She issues an oblique warning to Prem. Both Prem and Preesha are knocked unconscious. Preesha inquires as to whether or not Prem is doing well. According to Prem, he blacked out from the intensity of his desire.

Ruhi announces that Prem and Preesha won the game. She reports that she is feeling hungry right now. On the other hand, Pihu wonders what’s the truth. She decides to communicate with Digvijay.

After that, she has a change of heart. She decides to investigate Rudraksh and Preesha to uncover the truth. The others are led to the panipuri stand by Saaransh. Rudraksh is seen eating panipuri, and Preesha catches a glimpse of her doing so.

It seems like Prem is ready to give her some panipuri. She inquires as to what he is engaged in from him. He expresses his regret to her. Panipuri is something she consumes.

She is perplexed as to why she is bringing up Rudraksh now. Cotton candy is something he offers to her. The memory of eating cotton candy with Rudraksh brings a smile to her face.