Kalindi walks right into Rudraksh’s ambush and admits that the kid is really her husband Veer’s. In addition, Armaan is concerned about being found out, and Kalindi is pleading for Rudraksh’s forgiveness. 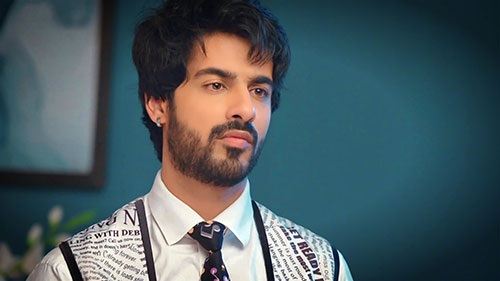 Rudraksh opens the episode by asking Kalindi when she met Raj and how their romance began. He requests that she tell him everything. Armaan believes he must take action. He challenges Rudraksh about why the latter is asking Kalindi personal questions. Rudraksh, he claims, is insulting Kalindi. Rudraksh informs him that he is attempting to shield Kalindi from being offended.

He claims that they will pursue her soon as the media learns about this. He claims that media reporters will also interrogate him. He informs Armaan that he is entitled to know everything. He asks Preesha whether he is mistaken. Preesha raised her head. Rudraksh promises Kalindi that he will see to it that Raj marries her.

Preesha remembers Rudraksh asking Kaveri to marry him. She believes he is doing all this to force Kalindi to admit the truth. Rudraksh discusses Kalindi and Raj’s age disparity. He informs the officer that he is a witness to Kalindi’s statement. Rudraksh asks Kalindi why she should answer him. He informs her that media representatives will interrogate her.

He tells Preesha that she aided him in the Kaveri case. Preesha tells him that Kaveri lied to him. Vidyut transports Veer there. He claims Kalindi is carrying Veer’s kid. He claims that a DNA test will be able to establish this. He informs Rudraksh that he has already contacted a DNA test specialist.

Kalindi claims to be pregnant with Veer’s kid. Rudraksh questions her about why she framed Raj. Preesha inquires of Kalindi as to who the latter’s accomplice is. Veer requests that Kalindi give them the truth. Kalindi claims she lied for money. Rudraksh, according to Armaan, is very clever.

Rudraksh assures Kalindi that he will not imprison her. He advises her not to do something similar again. Pihu requests that Kalindi retract her complaint. Kalindi departs with a police officer. Pihu informs Preesha that she is correct about Raj. Armaan chastises Pihu for deceiving him.

He reports to Preesha that if they had told him the truth, he would have assisted them. Preesha informs him that he dislikes Raj. Rudraksh suggests that they attend his wedding. Armaan assures him that he will participate. Rudraksh believes Preesha will return to him. Later, Digvijay chastises Armaan for attending Rudraksh’s wedding.

Armaan asks whether this is Rudraksh’s plot or if he is getting married. Preesha discards the medications. She informs Pihu that she has stopped taking her medications. Pihu compliments her. Meanwhile, the Khuranas consider their strategy.