On her journey back to the hotel, Akshara is ambushed by a group of thugs, but she is ultimately successful in reuniting Kairav and the Goenkas. But Abhimanyu comes to her rescue and saves her from them. 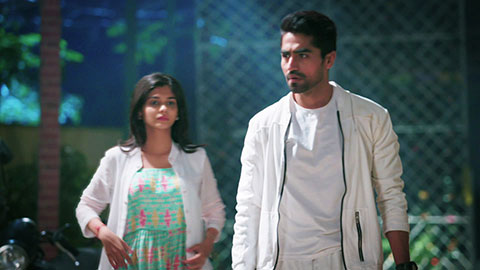 Check the written update for the most recent chapter of the pleasing show Yeh Rishta Kya Kehlata Hai delivered on Monday, 19th September 2022. Abhimanyu Saves Akshara is the designation of the popular episode number S67 E690.

In the current episode, Manjiri once again requests that the Birlas grant Akshara 24 hours. Mahima promises to provide a 24-hour notice and writes on social media that nothing would stop her from helping Anisha. She requests Abhimanyu’s assurance that, after 24 hours, he would help her pursue justice for Anisha. Mahima is told to be cool by Neil since Abhimanyu isn’t denying.

Abhimanyu is mute, according to Mahima. Abhimanyu pledged Mahima. He threatens to take whatever action is necessary to bring Anisha’s justice if Akshara is unable to establish her innocence in the next 24 hours. Birlas are in disbelief.

Kairav is assured that everything would be alright by Akshara. They both choose to flee. Akshara informs Kairav that she has only got 15 hours left to solve everything. Her choice is Kairav.

Manish looks at Arohi’s phone. Vansh queries Manish about his search on Arohi’s phone. Manish said he doesn’t believe Arohi is telling the truth. He requests Vansh to search Arohi’s phone for a clue.

When Vansh notices anything on Arohi’s phone, he is startled. He runs away from Manish. Swarna and Suhasini prepare kachori. Manish questions Swarna about why she made kachori so late in the evening.

Suhasini claims to have felt. When Kairav arrives at the door, Goenkas is startled. Kairav is hugged by everybody. Akshara believes Kairav is now secure.

Kairav is asked about Akshara by Manish. Kairav reassures Goenkas that Akshara is OK and would return shortly to provide them with answers. When Akshara realises she hasn’t seen Goenkas since returning home, she becomes angry. She begins to feel upbeat about the future.

When Abhimanyu wasn’t there, Akshara used to carry pepper spray. Abhimanyu and Akshara collide with one another. She makes an effort to speak with Abhimanyu. Abhimanyu ignores Akshara’s advice.

Kunal called and left messages for Akshara. Akshara made the decision to go. Abhimanyu is further asked to wait till her return. Akshara promises Abhimanyu that she would return to him at the appointed hour.

Abhimanyu kept quiet. Assuming Akshara isn’t in the hotel, Kunal freaks out. Using the master key, he enters her chamber. Kunal is shocked when he realises Akshara has departed.

He then discovered Akshara on the ground. Akshara acted as if she was asleep. Konal challenges Akshara. Akshara reassures Kunal that she won’t leave till the event’s conclusion.

Kunal is sceptical about Akshara. He observes Kairav. Kairav is in a hotel, Kunal learns. If Kunal can pay the hotel receptionist to ask about Kairav, Akshara believes she can also pay her to lie.

Abhimanyu goes back home. Abhimanyu and Neil converse with one another. Neil tells Abhimanyu that once Akshara returns, everything would be well. He begs Abhimanyu to listen to her before passing judgement.