Akshara is down to her last opportunity to gather proof that would establish Kairav’s innocence. Mahima becomes furious after learning of Kairav’s visit to the Goenka residence. This takes place at a different location. 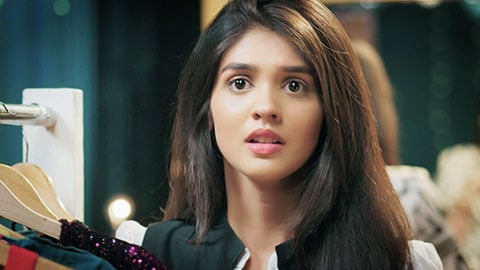 In the latest episode, Manjir instructs Birla to properly pack the belongings so that they may be sent to the orphanage in order to take care of Anisha. Abhimanyu glances at his smartphone. Mahima believes by gazing at time, nothing is going to change. She inquires from Abhimanyu about the remaining amount of time. Abhimanyu says 10 hours.

He is informed by Mahima that he is obligated to fulfil his pledge. Abhimanyu claims that he is mindful of his pledge. Mahima promises that she won’t let him forget about her. Akshara requests that the detective keep the evidence safe until she can get to him. She came to the conclusion that the only way to finally be free was to fulfil her obligation and then break free.

Manish tells Kairav that he intends to provide him with food in the future. Vansh brought cake for Kairav. Additionally, Arohi offers coffee to Kairav. Goenkas heard Kairav lamenting about how much he missed home-cooked meals. He also mentions that, on occasion, Akshara prepares dishes from scratch.

Goenkas asked about Akshara. Kairav claims that he is unable to provide any information on Akshara. According to Manish, they are also anxiously awaiting Akshara’s arrival. He wants to know whether she is okay. According to Kairav, Akshara would have been there with them if everything had gone according to plan.

Arohi inquires as to whether or not Akshara is concerned about them at all. In his enraged state, Kairav demands that Arohi refrain from speaking ill of Akshara in any way. Both Akshara and Abhimanyu await the start of a new chapter. She makes the decision to acquire the evidence for Kairav as soon as possible. When Arohi is telling Mahima about Kairav, she is confused and frustrated.

In any situation Akshara finds herself, Kairav will pray to God for help. Maya requests that Akshara sing that she is the winner. Akshara requests that the detective see her soon. Kunal found out that Akshara had gone out the night before. He makes the decision to investigate where Akshara may have gone.

Mahima wishes good luck to Abhimanyu. According to what she has heard, the next hour will determine his fate. According to Abhimanyu, there is barely one hour remaining. Suhasini offers a head massage to Kairav. Kairav is concerned that someone may discover that he is currently present at the property.

In their dream, Abhimanyu and Akshara do a tandav dance. Now, let’s go back to the here and now: Akshara and Abhimanyu are confident. Mahima reveals to the Birlas that Akshara has been concealing Kairav in the Goenka residence. She lashes out and makes accusations against Akshara. Mahima claims that Akshara is watching for a window of opportunity so that she and Kairav may flee once again.

The others, including Abhimanyu, are taken aback. The information that someone stole the evidence from Akshara’s spy was sent to her by her spy. She begins to have second thoughts about Kunal and confronts him. Kunal wishes good luck to Maya and Akshara. Mahima believes that the Goenkas are toying with their feelings because they are giving them the opportunity to do so.

According to her, Anisha will never see justice for what happened. Abhimanyu tells Mahima to have patience with him for the next forty minutes since Akshara has promised to reveal the truth.