Dr. Kunal is shocked when Akshara informs him that she will not put up with his threats and that she would not perform for Maya. Abhimanyu confronts Dr. Kunal about Akshara after overhearing him speaking with Maya about the patient. 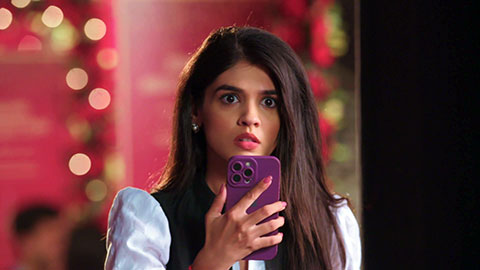 She claims that nobody is considering Anisha at all. Mahima claims Kairav and Akshara will escape again. She loses control of herself. Akshara is being accused by Anand, Shefali, and Neel.

They accuse Akshara and Kairav of being murderers and come to the conclusion that both of them should be in up. Mahima becomes enraged. Manjiri attempts to pacify Mahima. The situation causes her heartache.

Abhimanyu worried about Manjiri. Manjiri begs Abhimanyu to rescue Akshara before the situation becomes much more dire. She claims that only Akshara is capable to calming Birlas by addressing their questions. Abhimanyu rushes to fetch Akshara back.

Kunal is taken aback when Akshara reveals that Kairav is accompanying her. She claims that she was able to overhear him and Maya discussing the possibility of holding her as a hostage after the occurrence. Kunal makes an effort to dissuade Akshara from going. Akshara is not interested in what Kunal has to say.

She leaves the room. Kunal tells Akshara that she has no idea how low he is willing to go in order to fulfil Maya’s desire. When Abhimanyu arrives at the gathering, he searches for Akshara. Akshara makes an effort to get in touch with the spy so that she may get the evidence and rescue Kairav.

She is under the impression that Kunal would not return her evidence. In the case of Anisha, Akshara searches for evidence that would demonstrate Kairav’s innocence. Maya is crushed after discovering that Akshara abandoned her in the midst of the conflict. She claims that she was going to sing for her and so gives her the victory.

Maya is comforted by Kunal, who also encourages her to be calm. He continues by saying that Akshara would sing for her. Abhimanyu overhears Maya and Kunal when they are having a conversation. He is completely taken aback.

Abhimanyu had a confrontation with Kunal over Akshara. Because he had lied about Akshara, he thrashed him until he was blue in the face. Kunal is able to persuade Abhimanyu by telling him that Akshara herself consented to perform for Maya so that Kairav may be saved. Abhimanyu suffers from astonishment.

Abhimanyu is convinced by Kunal that Kairav is more essential to Akshara than anybody else in the world. Abhimanyu comes to his senses and agrees. After obtaining the evidence, Akshara makes the decision to speak with Abhimanyu. She finally arrived to the Birla residence.

The Birlas are concerned about Manjiri. The state of Manjiri’s health worsens. Rohan propose to bring Akshara to keep Manjiri waking. Anand has warned them that if they don’t act quickly, Manjiri would go into a coma. Abhimanyu makes many attempts to contact Akshara, but he is unable to establish a connection with her.