Ya Kundendu Tushar Har Dhawla is an important Hindu Saraswati Vandana Mantra. You can find the Goddess Saraswathi prayer’s complete lyrics, as well as an English translation, below. 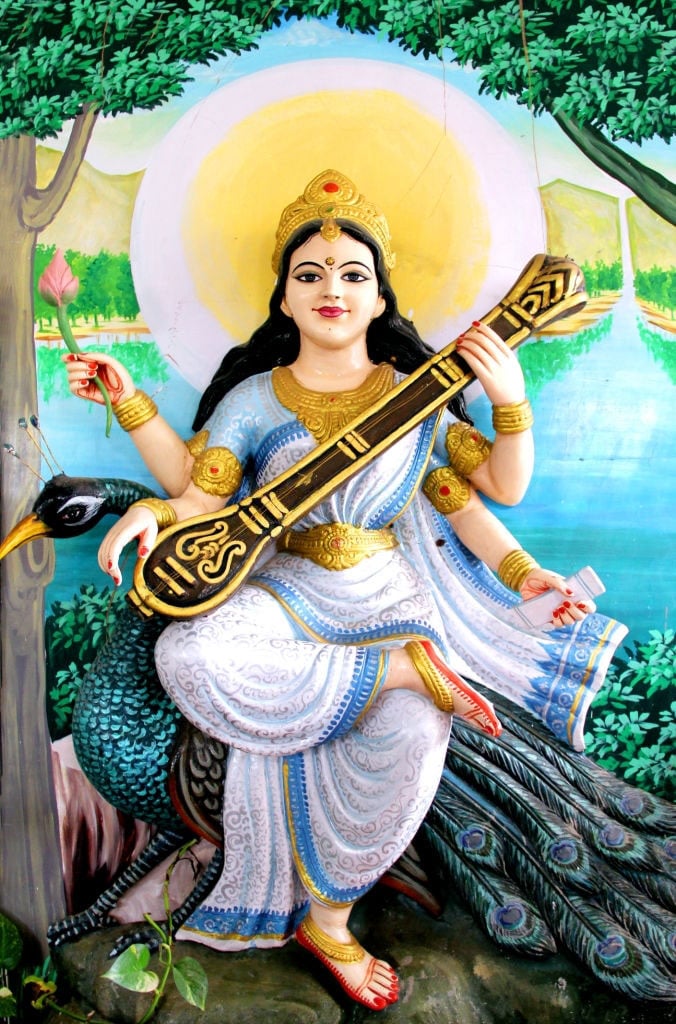 The Saraswati Vandana is a revered Hindu mantra recited for its ability to bring about music, knowledge, and wisdom. The Goddess Saraswati is the ultimate authority in the fields of education and the arts. Therefore, everyone who practices Hinduism, from musicians to scientists, prays to her for guidance and encouragement. Every morning, devotees of Saraswati recite the Saraswati Vandana Mantra as an act of homage to their patron goddess. Everyone has their version of the Vandana, which is a prayer addressed to the Goddess.

Let Saraswathi, whose feet are worshipped by asuras and devas, have her way.
She is holding a very appealing book in her hands.
She, who is Brahma’s wife and sits on a lotus, always dances on my words.
Oh, Saraswathi, the water-born Goddess who glows like saffron,
She who does penance and prefers to sit on an open lotus,
She, with the stout breasts and the lotus flower’s shifting eyes,
And she who has control over the mind, please become my boon-giver.

I honor Goddess Saraswathi, who bestows blessings and takes whatever forms she desires.
I’m starting my learning; please always allow me to succeed in this endeavor.
I deeply respect Goddess Saraswathi, the Goddess of all Goddesses,
She who carries the moon and is the ultimate expression of peace,
And she, the lord of all Yoga, whom I salute again and again.

Salutations to her who lives in a grove of lotuses and can take on any form she desires.
Salutations to Lord Brahma’s wife, who is skilled in her work.
In six months, a person who reads id every morning and evening will gain occult powers.
The wild tiger will not be a threat to anyone who reads or hears it.

It is a Saraswathi prayer written by the sage Agasthya.
All powers would be attained, and all sins would be eradicated.