Porkanda Singam EDM Version song from the Tamil movie ‘Vikram’ featuring Kamal Haasan has imposing lyrics and a sunny English translation with karaoke by Anirudh Ravichander. The supernal lyrics of the ‘Porkanda Singam EDM Version’ single were documented by Vishnu Edavan. Anirudh Ravichander was the balladist of PORKANDA SINGAM EDM VERSION’s tantalizing music. The spiffy music video of the paean was commanded by Lokesh Kanagaraj. 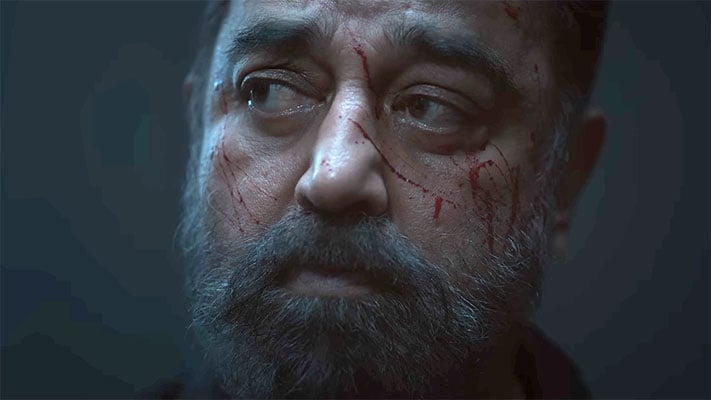 Porin Naduvile Thalaivan Marile
In a war zone with zest on the leader’s chest,
Oruvan Pasikkena Vettai Thuvanguthe
The hunt begins with fervor to appease a single man’s hunger.